THE 16KM NORTHERN WALKWAY IN WELLY

If you’re looking for a walk that is a bit of a challenge in Wellington that isn’t overpopulated this is for you.

The Northern Walkway in Wellington is a 16km end to end walk starting from the Botanic Garden here at the top of the cable car and finishing here at Truscott Avenue (or vice-versa).

This post will give you all the details you need to know about the hike. 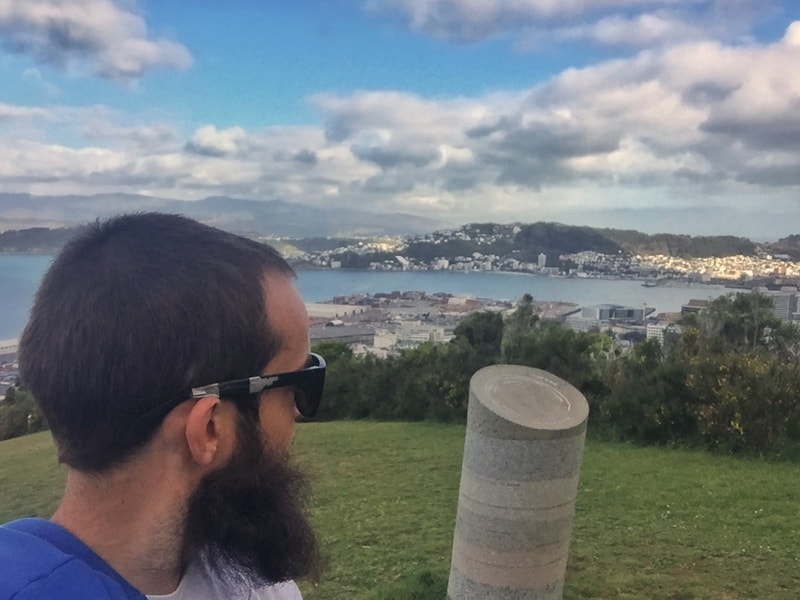 Details | Map | How To Get There | Trip Report

DETAILS ABOUT THE NORTHERN WALKWAY WELLINGTON 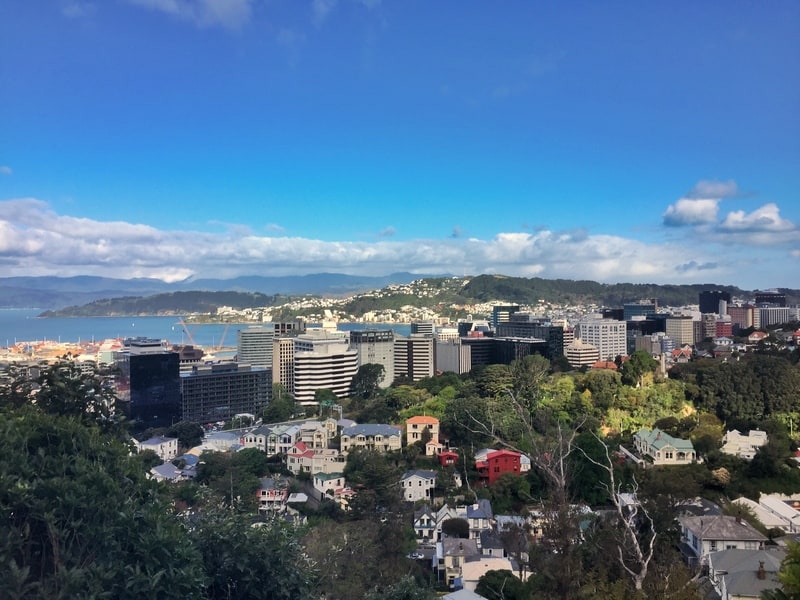 Given that the Northern Walkway isn’t well known, it’s a solid hike. You won’t see too many people on the hiking sections, and there are awesome views and it’s handy you get to start and finish at two of Wellington’s best attractions the Botanic Garden and Mount Kaukau.
Sure it’s a pain that it’s an end-to-end walk, and there are a few kilometres of suburban walking, but it’s not along highways so it could be worse. I view this walk like the big brother of the Southern Walkway

I’ll dock points for it being an end to end hike (luckily there are good public transport options nearby) and the suburban section. But if you’re a hiking fan, definitely give it a whirl for a worthy half days adventure.

Hike Distance3: I didn’t track the walk on Strava, but it should be ~16km

Difficulty4: Medium. There’s some incline involved with Tinakori Hill and Mount Kaukau, which combined with the distance make this a walk that will challenge some.

Hike Duration5: The Wellington Council site suggests the walk will take at least four hours. I completed it right on three hours walking at a steady pace, but keep in mind you’ll need to add time to get back to your starting point as it’s an end to end hike. Budget four hours of walking time if you’re a confident hiker/walker, five if you aren’t confident and/or aren’t great with incline.

You can see the map above on Google Maps by clicking this link. Note, it’s not 100% accurate as Google Maps doesn’t have all the trails used on there. It gives you a solid idea at least where you’ll be going.

The council map here is not great. I used it when I was walking the trail. It’s not super clear, but luckily the trail markers were regular so there aren’t too many issues with getting lost. That said, to make it easier I’ve

With Maps.me you can’t get the whole trail in one screenshot, so I was just comparing where I was to the council map a few times. So with that said, grab a sim card, and just use the Google Map above instead for less hassle (or download the maps for offline use).

HOW TO GET TO THE TRAILHEAD 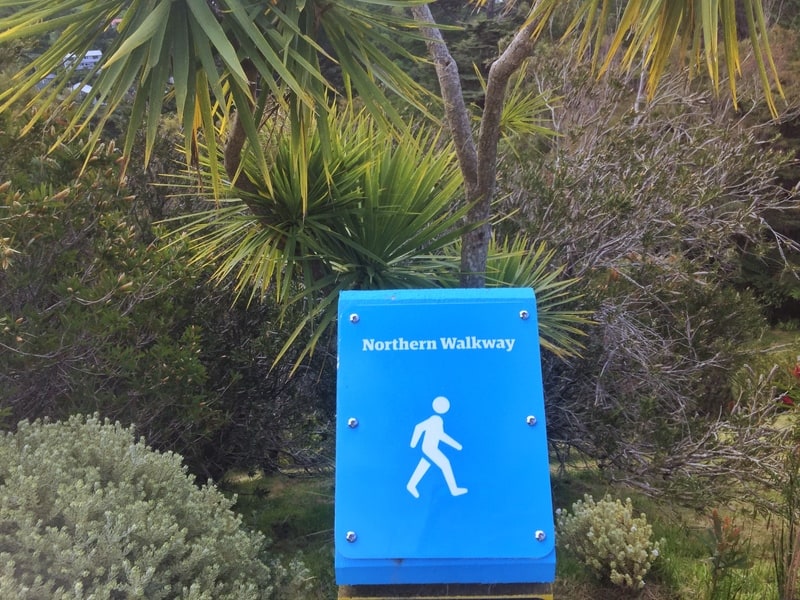 These markers youll find throughout the trail. There might be a couple of sections you think you;re off track, but it shouldnt be too bad,

I walked from the Botanic Gardens to Mount Kaukau, but it wouldn’t really matter which way you walked. I’ll assume you’re starting from the Wellington Railway Station (here).

To The Cable Car Museum (next to the start of the trail): It’s less than 2km to get to the starting point following this walking route. There’s some incline, but you get to walk through the Bolton Street Cemetery and a part of the Botanic Gardens you won’t see when you begin the trail. Plus, what’s another 2km on 16km right?

If you did want to experience the Cable Car, then head south along Lambton Quay until you hit Cable Car Lane (750 metres). The Cable Car doesn’t start until 7.30 am (8:30 in the weekends) in case you’re planning an early start, and will cost you $5.

To Truscott Ave: From Wellington Railway Station you can jump on either the bus or the train. The bus is the cheaper option (similar time), but it’s easier to jump on the train. You want to catch the Johnsonville Line train (you can pay with case onboard) to Raroa Station, then walk the 1.5km to the trailhead following these directions. 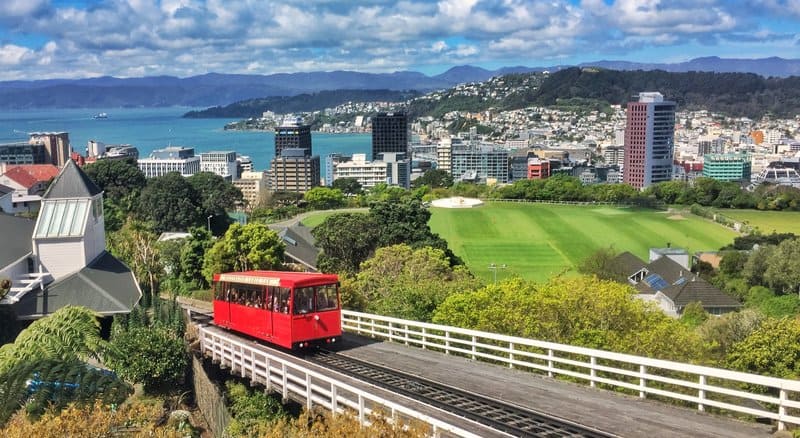 The stunning view to start the walk is a cliche photo opp!

I walked up through the Botanic Gardens to reach the start via Bolton Street Cemetery (some cool information here). After popping my head into the Cable Car Museum I found the first trail marker. From there it was downhill through the gardens to the Lady Norwood Rose Garden. The gardens are stunning, and you can easily wander off the main track if you’d like to check them out fully. Photographers, this section may take some time. 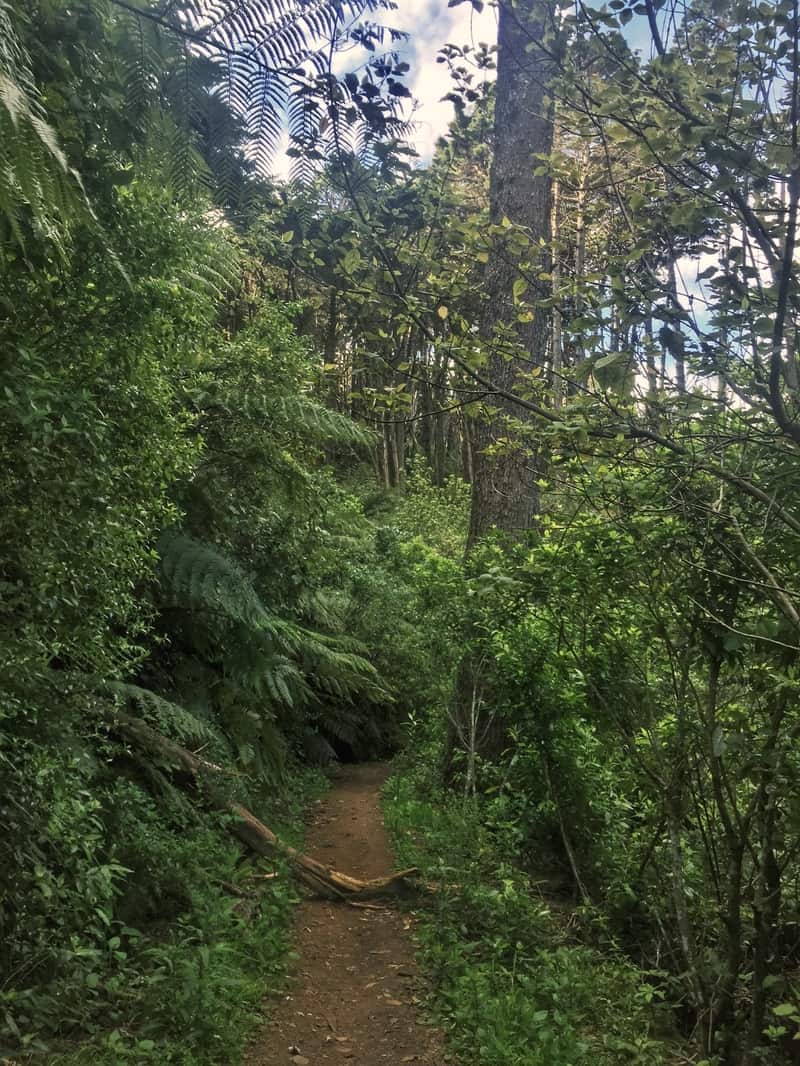 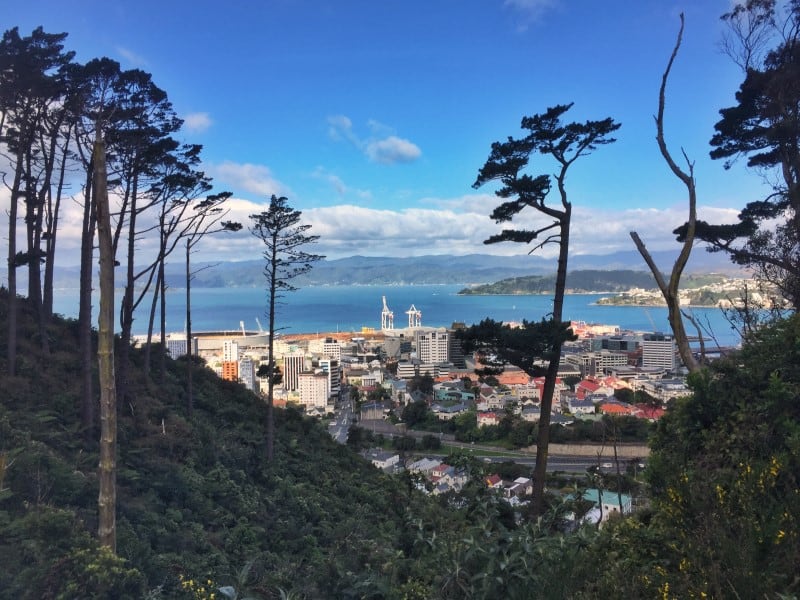 After exiting the gardens you’ve got to cross Tinakori Road to get to Tinakori Hill (now known as Te Ahumairangi Hill) where your first climb begins.

I walked by a couple of mountain bikers, thankfully they were aware of the surroundings, but you’ll notice the pedestrian traffic drops off compared to the gardens. The hill is quite a nice area with light bush and towering pine trees on either side of the well-maintained trails that look like they’d get muddy in sections.

Looking out east you get some views over the harbour and the city, but the best spot is when you get to the viewpoint.

The viewpoint on Tinakori Hill

There’s a couple of benches and you can see straight over the Sky Stadium towards the city. Wait to reach this point for your photo opportunities, you’ll know when you’re there.

Like the gardens, you can pick any number of trails to walk over the hill, but I liked the official route as it gives you access to the viewpoint mentioned previously. It’s back down the hill after this. 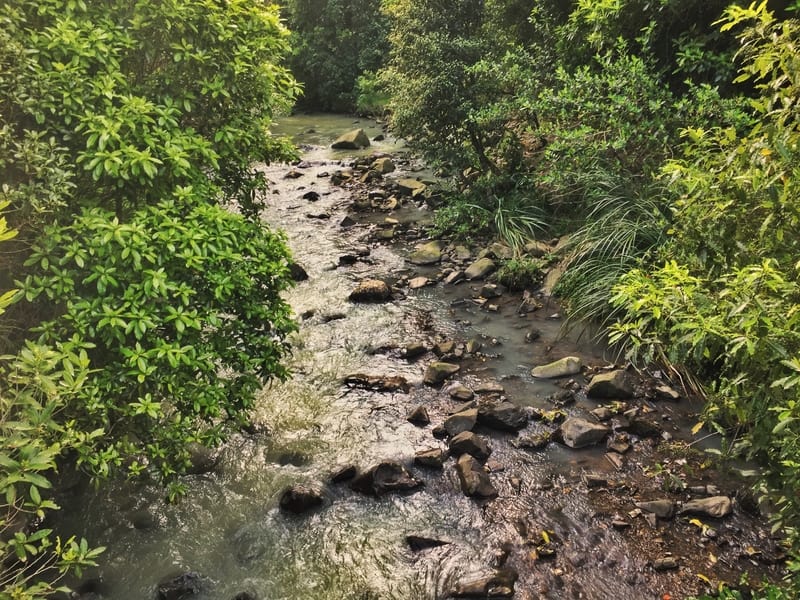 Exiting the park, it’s time for a little bit of a walk through the quiet streets of Wadestown before you enter the quaint (oh shit, I used that word) Trelissick Park where there’s a creek you’ll walk along. 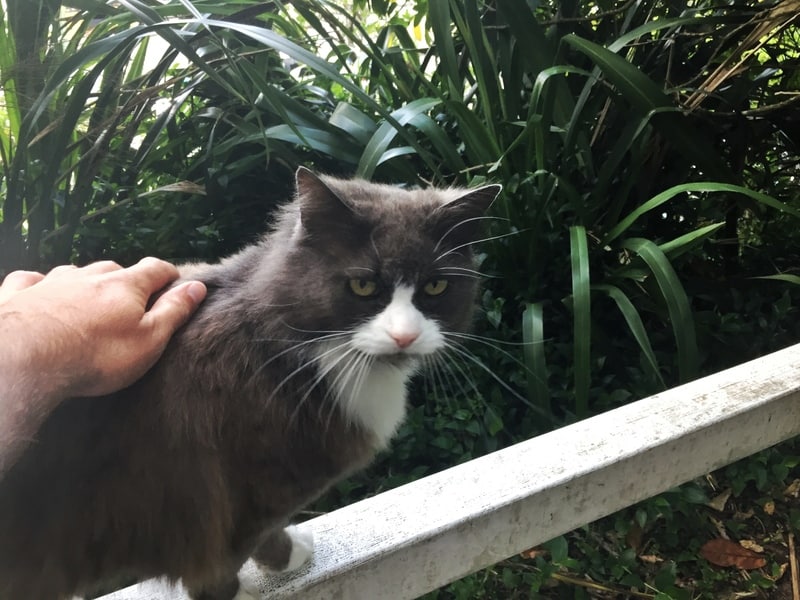 I found a friend along the way to make the suburban walk better. 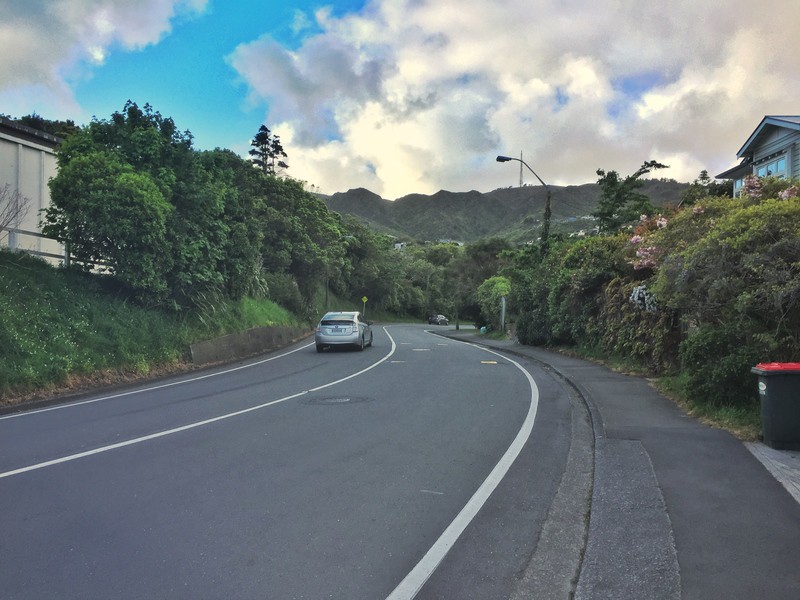 And then you’ve got the yucky suburban part of walkthrough Ngaio to Mount Kaukau. The street you’re walking along is busy most of the day, but it’s not a highway. That said I do know friends who would insist on trying to walk on the quieter roads. Just suck it up is all I say.

You’ll be able to see Mount Kaukau, the big summit, by now, and you’ve got two options. You can stick to the official route and turn left at Cummings Park and go up that way. But if you’re feeling pecky, you might want to go via New World and then walk up via the Simla Crescent Entrance. It doesn’t really matter, both walks get you to the summit, though the latter is steeper. 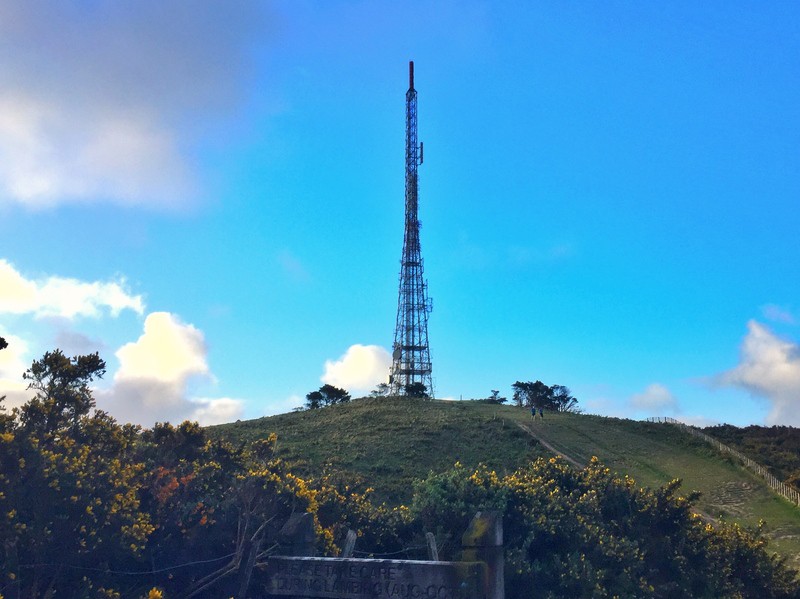 The TV tower at the top of Mount Kaukau.

It’s a 200-250 metre climb over a couple of kilometres, it’ll keep you honest (it’s one of, if not, the highest summits surrounding Wellington). At the top, you’ve got awesome panoramic views. I loved it and with friends could happily hang out here for a few hours. 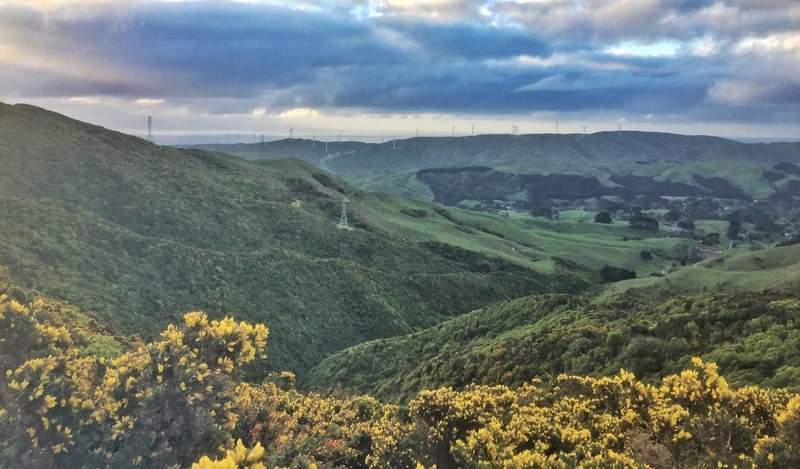 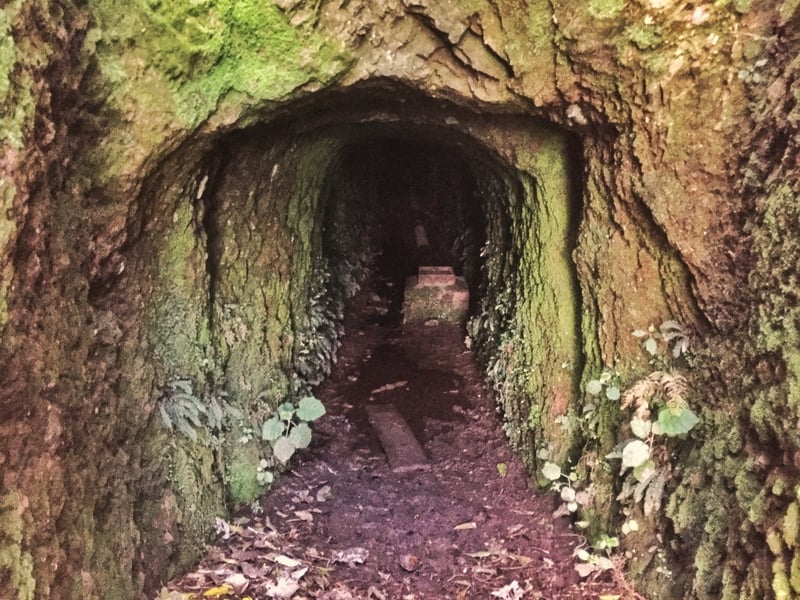 A tunnel near Truscott Ave.

To get back to Wellington you’ve got to make your way back down the hill. Officially to complete the trail you need to go to Truscott Ave but don’t worry about that. Head towards Khandallah if you want food ASAP and the train station is there too. For the ambitious, you might want to head back towards Wellington following the Skyline Walkway, another long walk that finishes in Karori.

For me, I ran to where I was staying in Tawa 10km or so away.

The Wellington Northern Walkway is a path that doesn’t get a lot of attention from anyone. If you love to explore the green areas of a city, this is a walk that’ll keep you satisfied.