THE MANGAONE WALKWAY NEAR WAIKANAE (NOT GREAT)

The Mangaone Walkway is an off the beaten path walk on the Kapiti Coast.

It’s a peaceful 7km trail through native bush with a few small stream crossings and a clearing near the halfway point.

I’ll be honest, it’s not my favourite walk so I list some other nearby walks I prefer at the bottom of the post (you’ve also got the Tararua Ranges next door).

Nevertheless, I’ve detailed everything you need to know about the Mangaone walk. 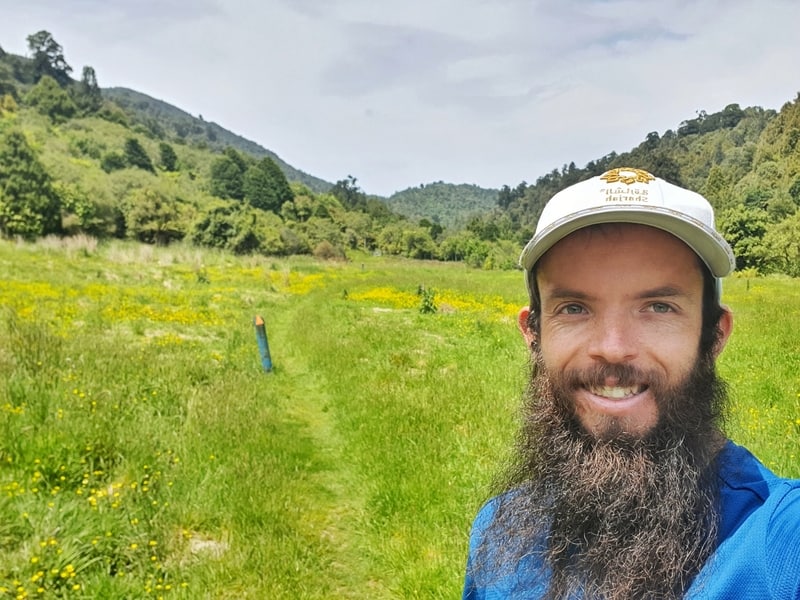 Note: I don’t recommend walking the route I took. In the trip report I recommend how I think you should explore the Mangaone track (click here to go straight to that section).

1. DETAILS ABOUT THE MANGAONE WALKWAY

Why am I not a fan of the Mangaone walkway?

Walking the track from north to south meant the first half of the hike was along a 4WD track with no views of Kapiti Island and a boring track in the sun (the birds singing were cool).

The second half (southern end) is much more interesting, but again, there’s no WOW worthy factor. And given the out-of-the-way location (it’s not too bad if you’re driving) it’s not a quick and easy journey.

It’s definitely better treated as an in and out walk from the south (to the old tractor you see below), which some call the Mangaone Stream Walkway.

2. MAP OF THE MANGAONE WALKWAY

The trail isn’t on Google Maps so you’ll want to download Maps.me for the offline maps so you don’t get lost. 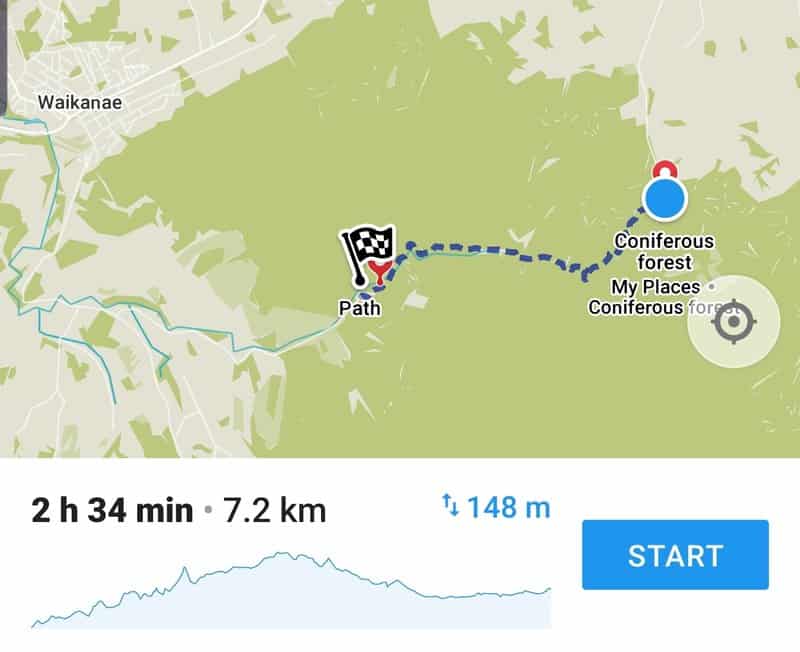 And if you prefer looking at topo maps, you can see the trail here:

Walking: Not really practical, but I did run from the trailhead at the south end to Waikanae village which is just over 10km.

Driving: Driving to the start of the track is the only option. But as it’s an end to end hike, you’ll need to do some planning unless you’re planning to return back to the end you started at. If you have a couple of cars, you can drop two cars at one end of the track and drive to the other end.

That’s a 27km drive however from one parking point to the other, which seems a bit extreme. So your other option is to have a friend be a legend and drop you off and meet you at the other end.

The reception goes out for much of the traffic, but I was getting reception with my Skinny SIM card (which I recommend) often enough that you wouldn’t get stranded. But as mentioned in the trip report I recommend hiking in and out via the South Mangone Road end.

You can park right by the trailheads. On Google Maps the track begins here at the North end and here at the South end (heaps of parking this end). 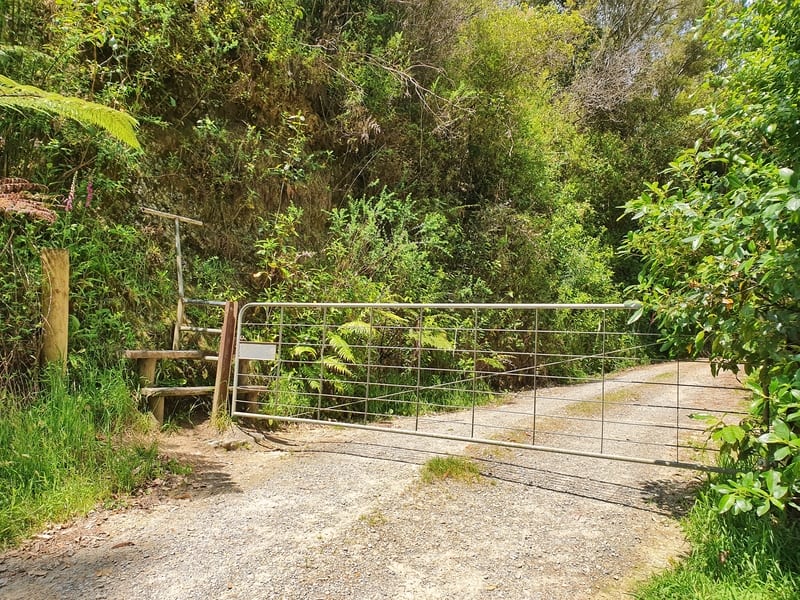 This is the starting point of the Mangaone Walkway (north end). 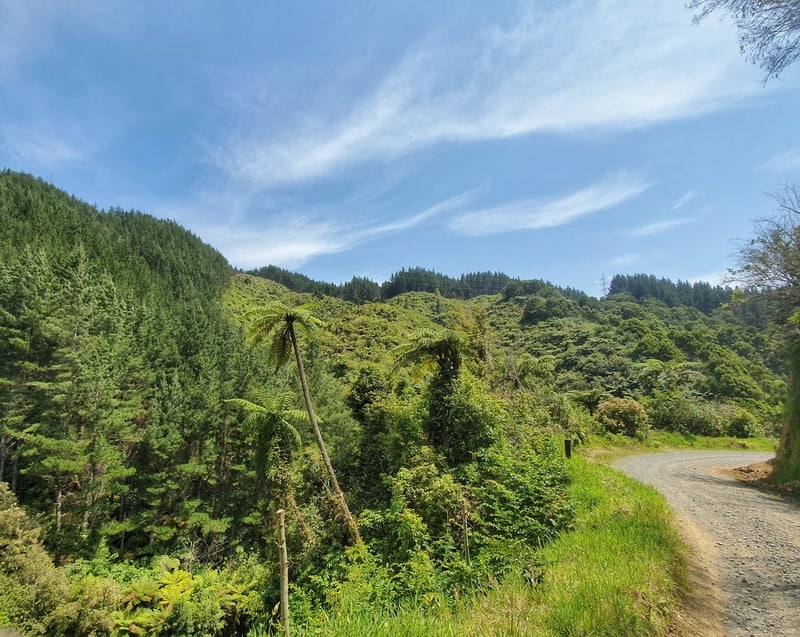 This is how the first few kilometres look.

* I walked the Mangaone walkway from north to south.

After a friend was super nice and dropped me off at the northern end of the trailhead.

I jumped over the fence and found myself walking along a gravel 4WD track surrounded by greenery. The track is a gentle incline for the first 2.6km (150 metres elevation). You won’t have any trouble following the path.

All you need to do is stay on the main trail and ignore any tracks that lead off the main path as they’re usually private property (stay right when you see this for in the trail). 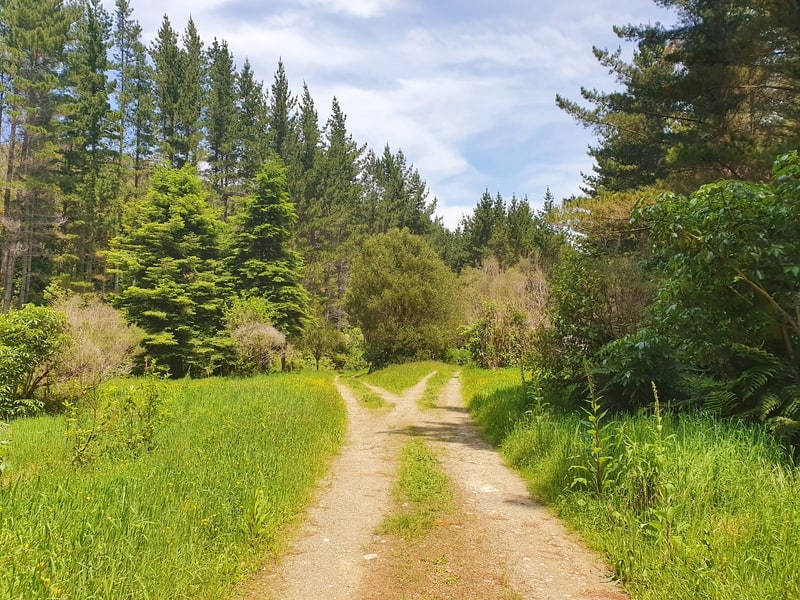 Stick to the right here to follow the Mangaone walkway trail. 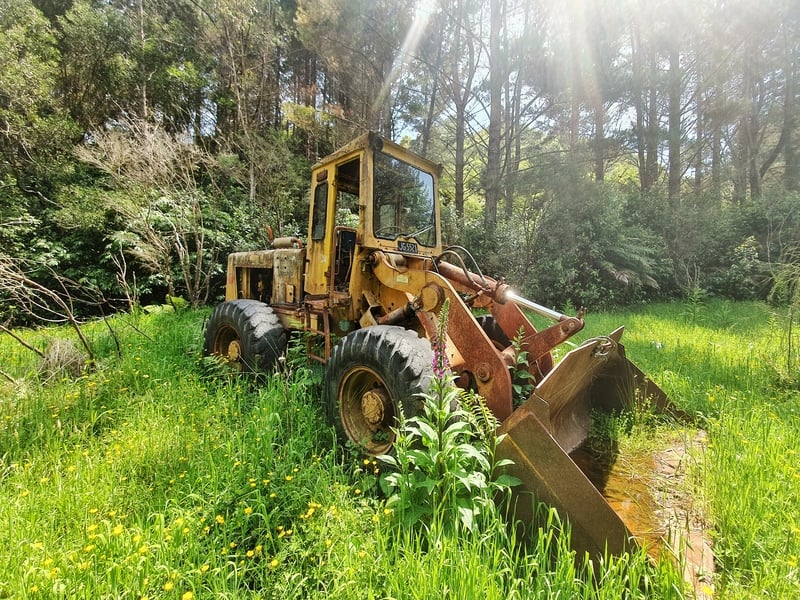 Who knows how long this machine has been here? 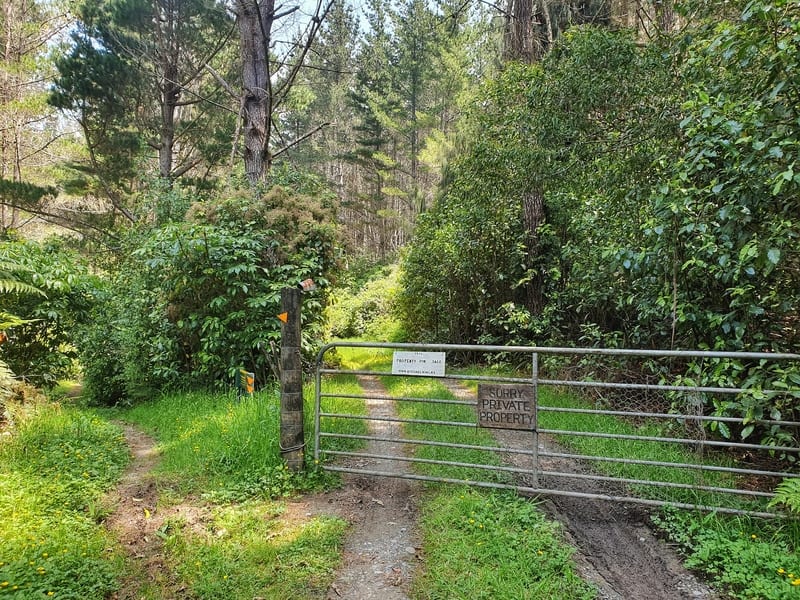 Yay! Finally time to get on a proper walking track.

The first time you’ll come across a slightly confusing decision when you get to the point in the photo above (this is a good turn around spot if you’re coming from the southern end).

Stick to the right-hand track passing the tractor and you’ll see the 4WD track narrows down to a single trail walking track. The number of orange markers on this half of the trail increases a lot so it’s easy to follow. 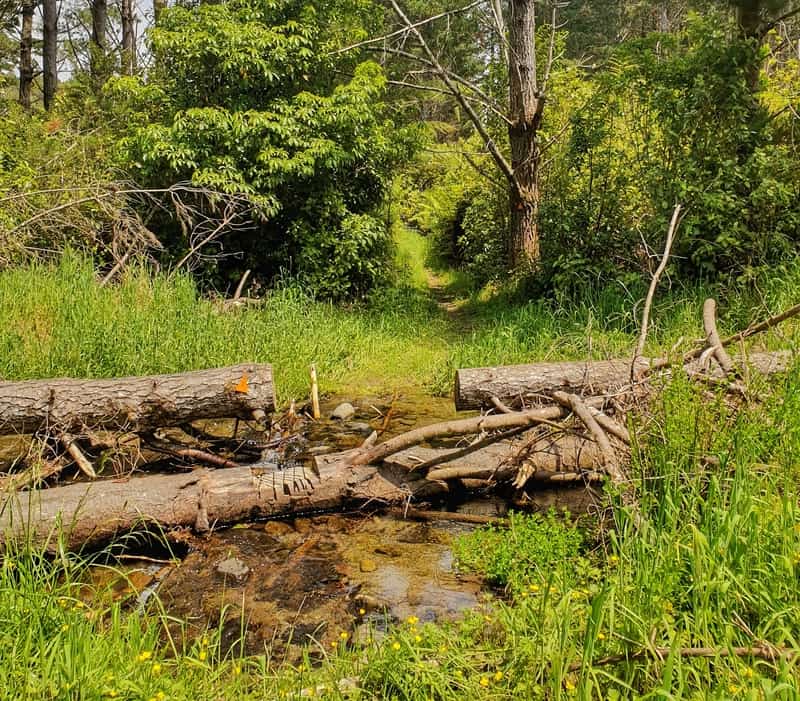 One of a few small stream crossings you’ll need to tackle.

When I was walking the trail this bush was in the middle of the track which was tricky to get around but should be cleared by now.

Soon enough I came across the stream crossing. If you’re agile (and the water levels aren’t high) you can cross them without getting your feet wet but they weren’t deep. 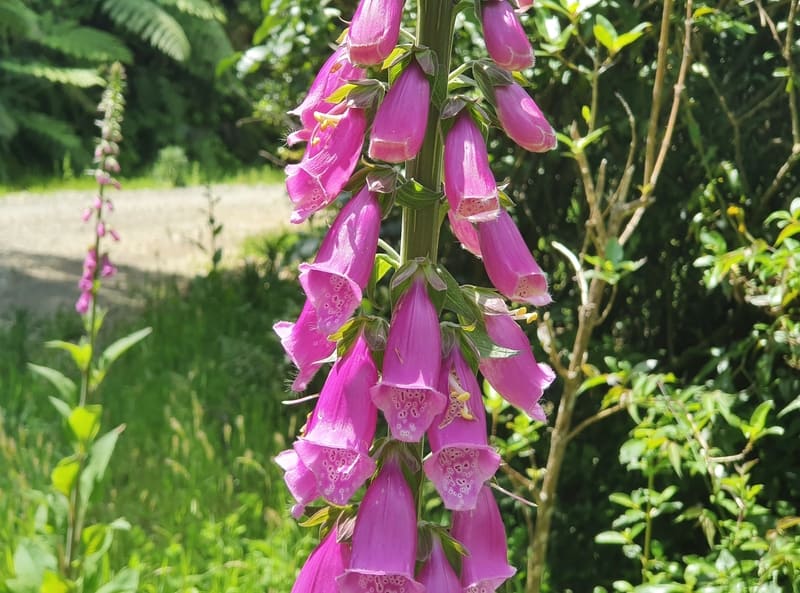 Flowers seen on the Mangaone trail. 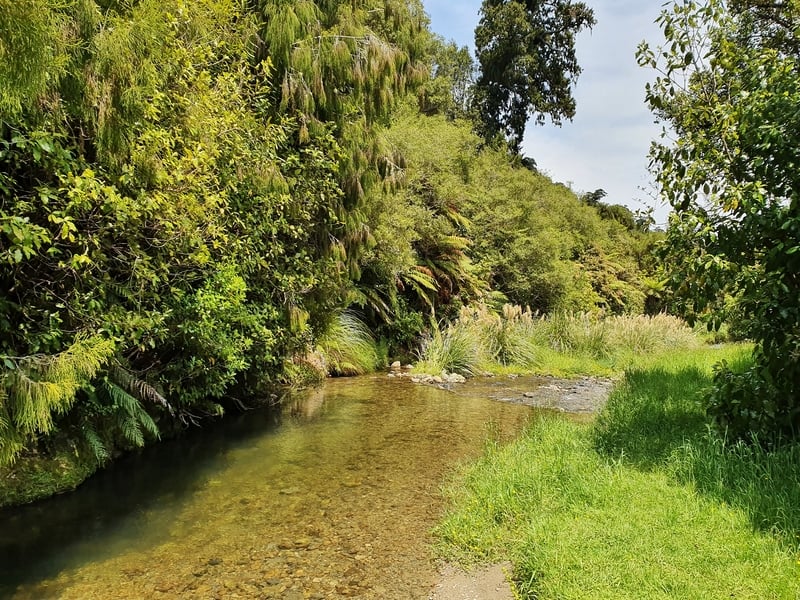 You could have a swim here, it’s the Waikanae River. 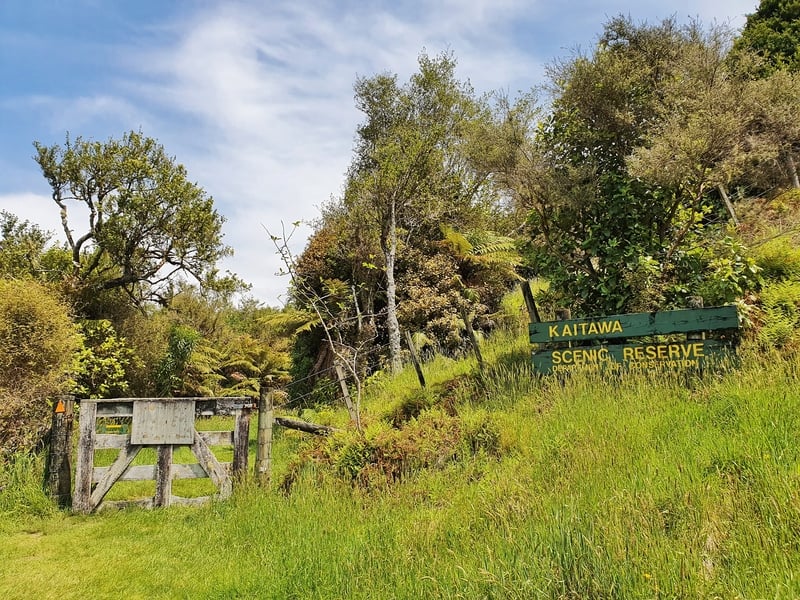 You’ll pass through this gate after the clearing to enter the Kaitawa Scenic Reserve.

Before long you’ll come out into the Te Horo clearing which is mentioned on the signs at the beginning of the trail (see the selfie at the top of the post for the clearing). I was expecting a viewpoint here, but as you’re behind the hills east of Waikanae you’re out of luck.

It felt like a meadow to me. Nice enough. Following the trail, you’ll arrive at a gate which is the entry point to the Kaitawa Scenic Reserve.

Just before passing through the gate, if you look left you’ll see some trails leading towards the Mangaone River (stream?) which is a nice point to take a swim if that’s what you’re after. 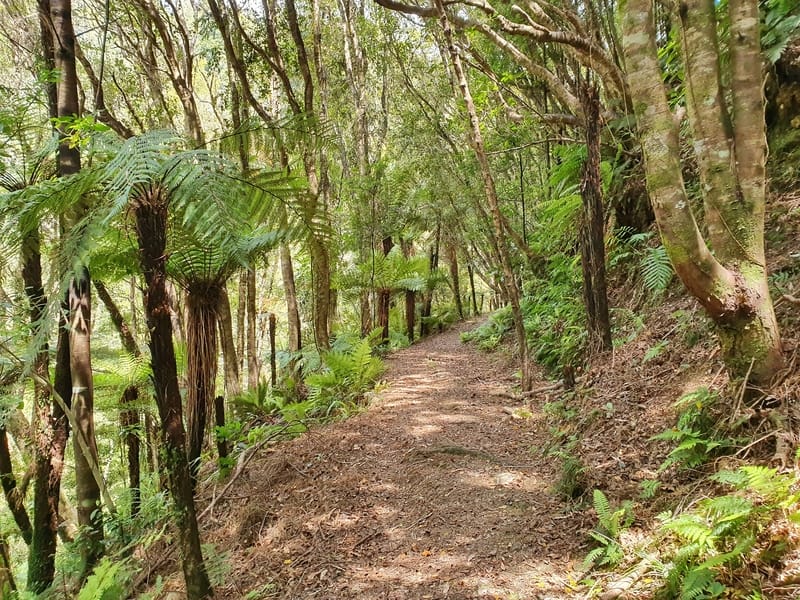 Scenes from the Kaitawa Reserve

The Kaitawa Reserve is mostly shaded which is a nice reprieve as you’ll have been in the sun for the majority of the walk so far. It’s a classic NZ bushwalk from here, nothing spectacular if you’ve been hiking around NZ a bunch but it’s beautiful. Show gratitude and all that! 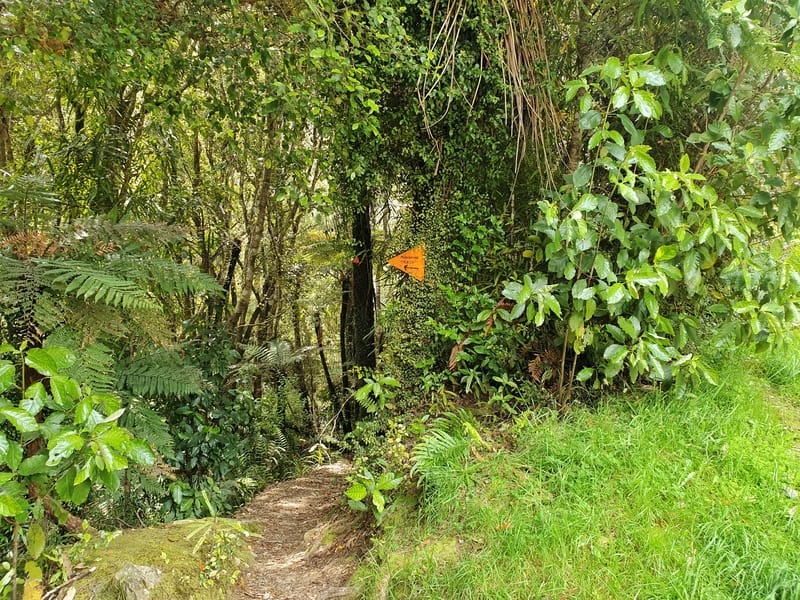 If you’re coming from the southern carpark, this is where you enter the trail. 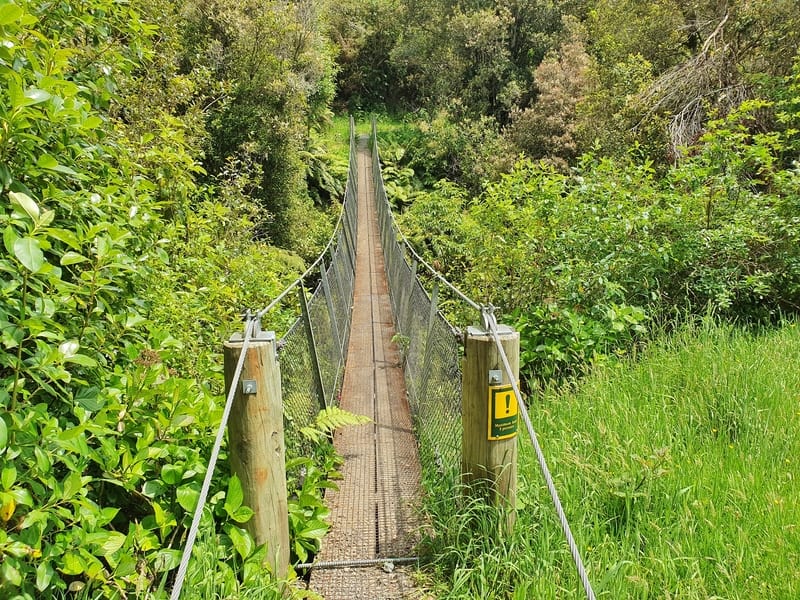 The swingbridge close to the southern carpark 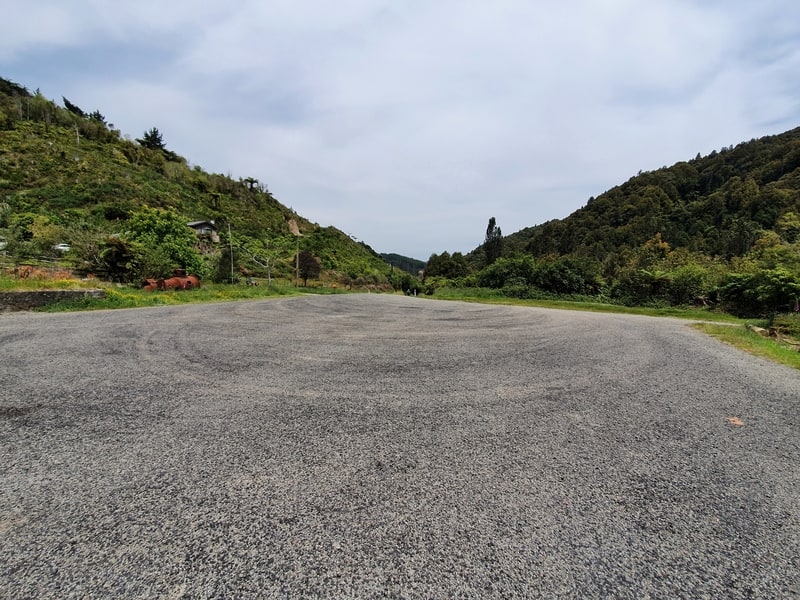 When you come out of the trail you’ll turn right to get to the car park (there’s a sign for the Pukeatua trail in the other direction). You’ll see a small swingbridge along the way which will give you the last bit of joy before it’s time to head back. If you want to walk from the car park to Waikanae it’s just over 10km and is part of the Te Araroa Trail.

Overall I wouldn’t rate the Mangaone walkway as a priority.

It’s not a bad walk per se, but there are much better ones nearby and with the inconvenience of getting there (assuming you’re doing end to end walk), it’s a bit of a hassle.

If I was to do this walk again, I’d start from the south and walk along the trail until I reached the tractor I mention in the trip report.

This would be my turn around point. I’d also bring my swimming gear to take a dip in the river.

Let me know what you think of this walkway in the comments below or email jub@churnewzealand.com!